Born and grown up in 1980 in the former DDR, Fatalgroove discovered already in the mid 90s, in the age of 15, electronic music. In the early years of the techno movement he was amazed by Trance and Progressive Techno and already lived for his music. So it came that he had his first gigs with 17, back then in Cottbus (Ger), until he moved to Düsseldorf (Ger), meanwhile in the age of 18, to find his luck in western Germany. And he found it, being taken up with the Progressive Techno Style completely. 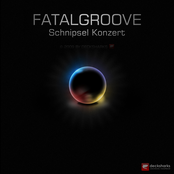